Mid 2016 I got in contact with this company. I had seen pictures of the very first model this new/young company announced. 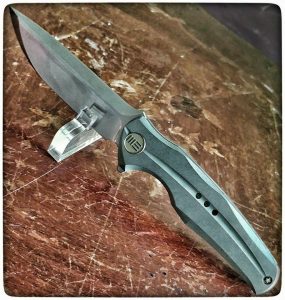 It was the WE Knife 601. I searched the entire Internet to find a reseller in Europe. Mission Impossible at that time. So i contacted them directly and they were willing to send me a 601. But they also told me they would exhibit Bladeshow 2016 and i knew a Dutch reseller (Mesenzo) would visit Bladeshow and I asked him to bring me my WE 601 from Bladeshow. And as promised, WE reserved a 601 for me and Hans took it with him back to The Netherlands. And became the first WE reseller in The Netherlands afterwards.

Then WE announced the 602. I bought it immediately convinced by the quality of the 601. And since the 602 became my favorit every day carry knife. 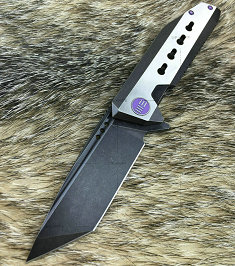 Unfortunately i didn’t picture the particular 602 which i carried almost daily enough. After Bladeshow 2018 I forgot to bag my 602. In line for customs at the airport, suitcase already checked in, i had to hand it over to an officer. Gone. To be destroyed. Immediately after my plane arrived,  I ordered another one. Pics of this one, customised with an awesome bead, i will post somewhere on the website, on the blog or maybe here.

Anyway, after recording and uploading video’s (Youtube) of both the 601 and 602, WE Knife contacted me. They needed advice/help how to setup a reseller/distribution network in Europeand they appreciated my video recordings. And so it all began. Service & Warranty requests for Europe, finding the right college for the USA, finding resellers, setting up passarounds for reviewers, and so on.

Because the collaboration was appreciated on both sides and it really helped, I got more requests to help out. And in 2017 I assisted with the first exhibition in Europe (IWA) and then Bladeshow and since I do a lot for the company. From managing service & warranty requests, exhibting at shows, comnications with designers/knifemakers, advertising/marketing, publicity. For example I managed the news website & the newsletter of the company. But also was responsible for worldwide marketing. So writing and distributing press releases, new product announcements and so on. And a lot of contact with dealers, news websites, magazines and others.

The people behind the company are really very nice people.  I am really happy i was able to work with them and was involved and contributed a lot to the growth of the company. 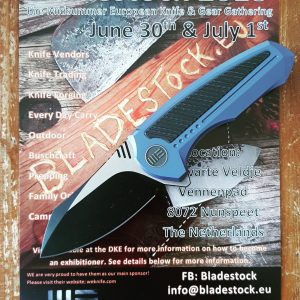 Because of being involved in the company I had the opportunity to meet a lot of great people in the industry. And visit awesome exhibitions like IWA (Germany), Bladeshow (Atlanta & Portland), Shot Show (Las Vegas) and more. A lot of them I call friends. Real friends!

Some pictures from exhibitions.

I am so gratefull i got this opportunity: working in the knife industry with great people, visiting shows, countries and so on.

Since august 2019 I no longer work for the company. It turned out that communication remained very difficult due to the language barrier and cultural differences. So I started my own company and a huge project to promote knives in general with websites like Knives from Europe and Knives Heaven.